In the first of the season’s ABB FIA Formula E rounds held on the Circuito Cittadino dell’EUR in Rome, Alexander Sims (GBR) came closest to the points after his Mahindra M8Electro crossed the line in P12.

The following day, the team was struck with double disaster, as both cars failed to finish the race. While Oliver lost power, Alexander had a race-ending incident while climbing towards the points. 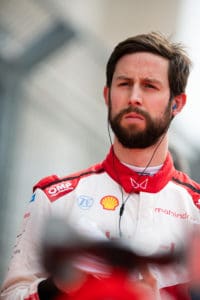 “Unfortunately it’s been a tough weekend. In qualifying we struggled to dial-in the car and find confidence in it.

The races were better, but after showing promise we still didn’t get into the points on Saturday.

On the Sunday, we were doing quite well and climbing towards the top-ten but, when battling for position, ended up with damage.