The inaugural Jakarta E-Prix in Indonesia took place this weekend, in what was Round 9 of the 2022 FIA ABB Formula E World Championship. Despite things starting well for Mahindra Racing, with a fastest time in free practice one and competitive times in free practice two, both cars missed the Duels qualifying sessions.

This left Oliver Rowland in 12th and Alexander Sims in 20th for the start of the 45-minute plus one lap race. While poised and prepared to use the pace of his M8Electro and renowned ability to push through the pack, Oliver was forced to retire due to a damaged wheel on the opening lap.

For Alexander, his qualifying result dictated his weekend and, despite a valiant effort to climb five places to fifteenth, he ran out of time to turn his weekend around fully.

The team will now take the thermal data garnered in Jakarta to Marrakesh, which promises to be equally hot. 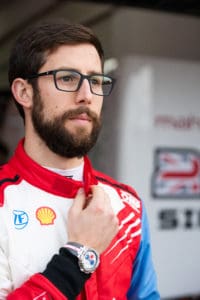 “Our performance today was dictated by qualifying, which didn’t go very well – this meant we started too far back to do anything significant in the race.

The team did a decent job to manage the temperature of the battery and tyres to climb five places.

Despite the lack of points, it’s been good to gather thermal data ahead of Marrakesh, which promises to be another hot race.”