Alexander Sims claimed a fourth-place finish and secured his first championship points in the all-electric ABB FIA Formula E Championship this weekend. In only his second race in the series, the BMW i Andretti Motorsport driver was set for a podium finish; yet, a collision between him and his team-mate in the closing laps thwarted his efforts in the race, which was held on 12 February 2019 in Marrakesh, Morocco.

Sims, who lives near Bickmarsh, Warwickshire, set the fifth fastest lap time of 1:18.400 during Qualifying in his BMW iFE.18 electric race car. However, a three-place grid penalty for his BMW i Andretti Motorsport team-mate António Félix da Costa who was up ahead in third place promoted Sims to a fourth-place grid position.

At the start of the race, Sims took advantage of an incident in Turn 1, jumping into second place behind race leader Sam Bird, with his BMW i Andretti Motorsport team-mate Antonio Felix da Costa running behind in third. On lap 11, da Costa passed Sims and took after Bird, who he soon passed; Sims followed him through to make it a BMW one-two. 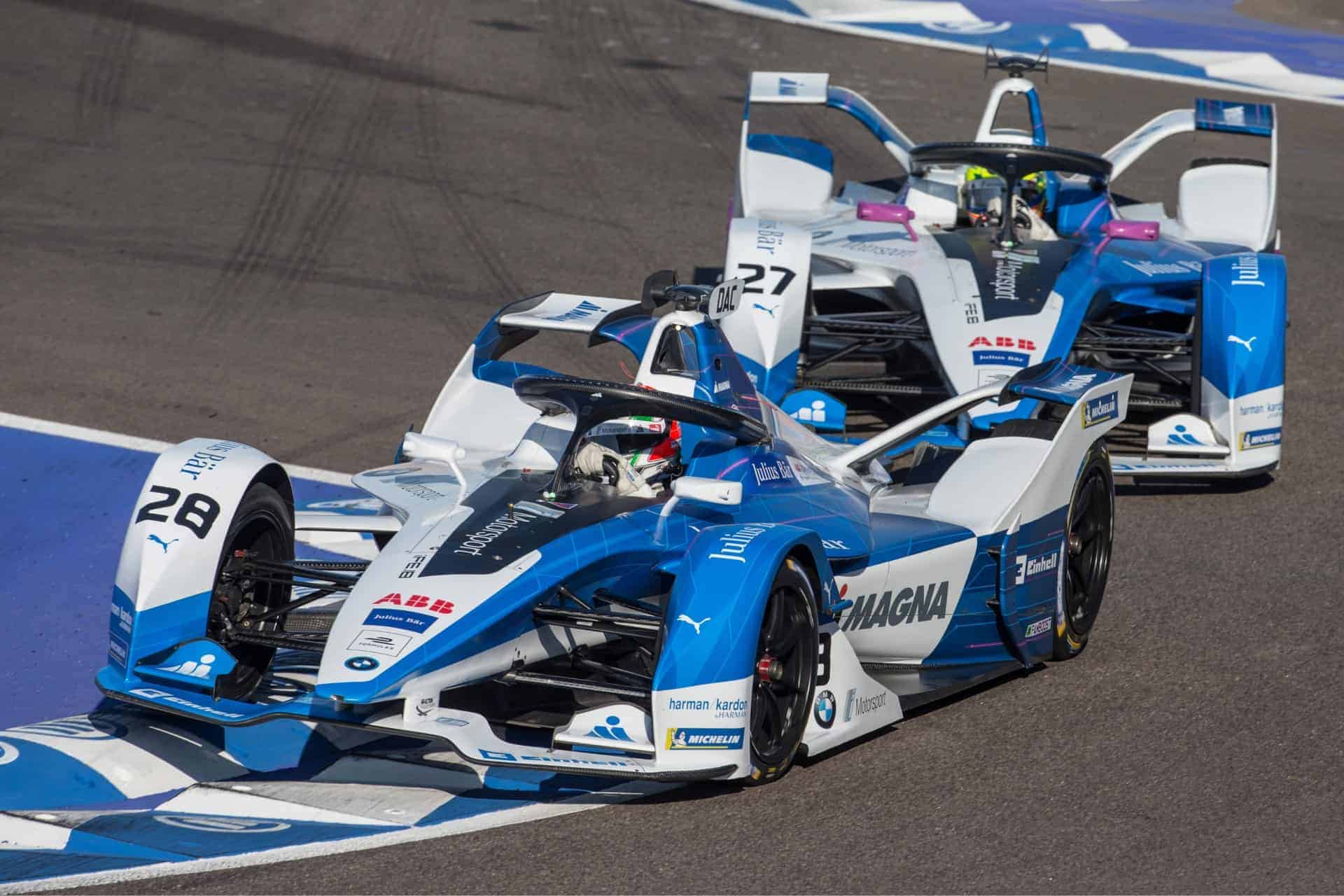 The two BMWs pulled out a lead from the pursing pack. With strong pace and less than ten minutes of the race remaining, Sims made an attempt for the lead around the outside into Turn 7. However, da Costa locked up on the inside and the two collided, with da Costa heading straight on at the corner and into the barrier. Sims was forced into an evasive manoeuvre but managed to re-join the pack in fourth place. The Safety Car was deployed and the field regrouped as the clock ticked down. At the restart, there was just one lap remaining and Sims held onto his position to cross the finish line fourth and secure 12 points.

“It was a great shame for the race to finish like that,” said Sims. “I’m naturally disappointed, particularly for the team who worked so hard to give us cars that were so competitive and out-pacing the field. We have all learned from this – Antonio, myself and the team – in how we must improve; we are well aware that such incidents are unacceptable. However, what we must do now is take those lessons from it and move forward.

“Although a fourth-place finish and taking points in just my second race is a fantastic result, the circumstances make it a case of what might have been. But the pace is there and I’m confident for more positive results in the coming races.”

Sims next races on 26 January 2019 when the ABB FIA Formula E Championship heads to Santiago, Chile, for the 2019 Antofagasta Minerals Santiago E-Prix.