Second for Sims at Sebring

In a weekend off from electric racing, Alexander Sims returned to endurance competition and claimed second place in the LM GTE Pro Class of the FIA World Endurance Championship this weekend. Following 226 laps and a dramatic finish with heavy rain, Sims and his fellow BMW Team MTEK drivers, Martin Tomczyk and Nicky Catsburg, claimed the podium finish in the Sebring 1000 Miles race, held at Sebring International Raceway, Florida.

In the thrilling eight-hour race, Sims and his team-mates put in a good fight behind the wheel of the #81 BMW M8 GTE race car. The trio qualified seventh and made good progress through the field. At the half-way mark, Sims was running in second place, taking on a double-stint in the #81 BMW M8 GTE and battling with Aston Martins and Porsches as his tyres begin to deteriorate during the stint.

With two hours left on the clock, Sims was back in the #81 and had climbed into the lead – more than ten seconds ahead of the pursuing pack. As the chequered flag approached, heavy rain fell and during a late pit-stop in the final stint the team just slipped back to second place. The race finished behind the safety car, with Catsburg crossing the line second for the podium finish. For Sims it was a double celebration as he turned 31 on Friday. 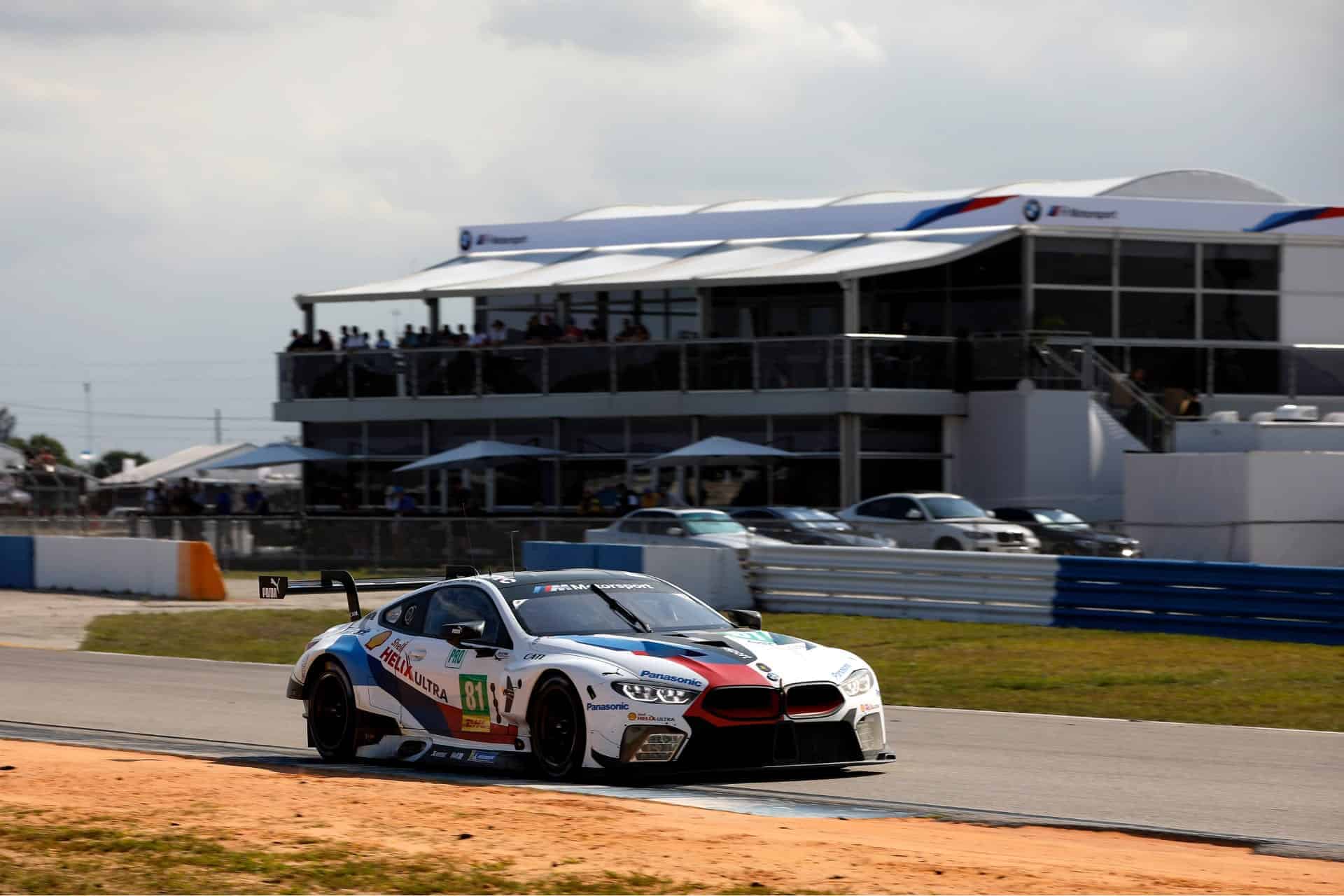 “It was a pretty fun race!” said Sims. “The car had good pace throughout and the team did a great job – they executed everything properly. We managed to get a good lead during the race, which showed everything coming together for the team, but it wasn’t quite possible to hold onto this. The rain was exciting and Nicky did a great job to bring the BMW M8 GTE home across the line in second place. It’s fantastic to get onto the WEC podium!”

Sims returns to the all-electric ABB FIA Formula E Championship next weekend, with Round 6 in Sanya, China, taking place on 23 March 2019.