Alexander Sims was unable to finish the Hong Kong E-Prix, the 50th race of the ABB FIA Formula E Championship, this weekend. Sims retired due to damage caused by hitting the crash barriers while running in 18th place on the tight, twisting Hong Kong street circuit on 10 March 2019.

Repeated showers on the morning of race day made qualifying challenging for the Formula E competitors and BMW i Andretti Motorsport driver Sims. Under continuously changing conditions, Sims set a qualifying lap time of 1:12.861 in his BMW iFE.18 race car to put him 13th on the grid.

Despite the showers having stopped, the race began on a slippery track, resulting in a lot of contact during the opening laps of the Hong Kong E-Prix. Sims made a strong and aggressive start, climbing from 13th to eighth place during the first lap.

However, on lap two, as the track began to dry in places, Sims braked too late into Turn 1 and missed the corner. Behind, Jean-Éric Vergne made the same mistake and nudged into Sims’ stationary BMW iFE.18. Sims and Vergne both lost a lot of places but re-joined the field before a red flag was thrown as both Mahindra Racing cars collided with Dragon’s Felipe Nasr. 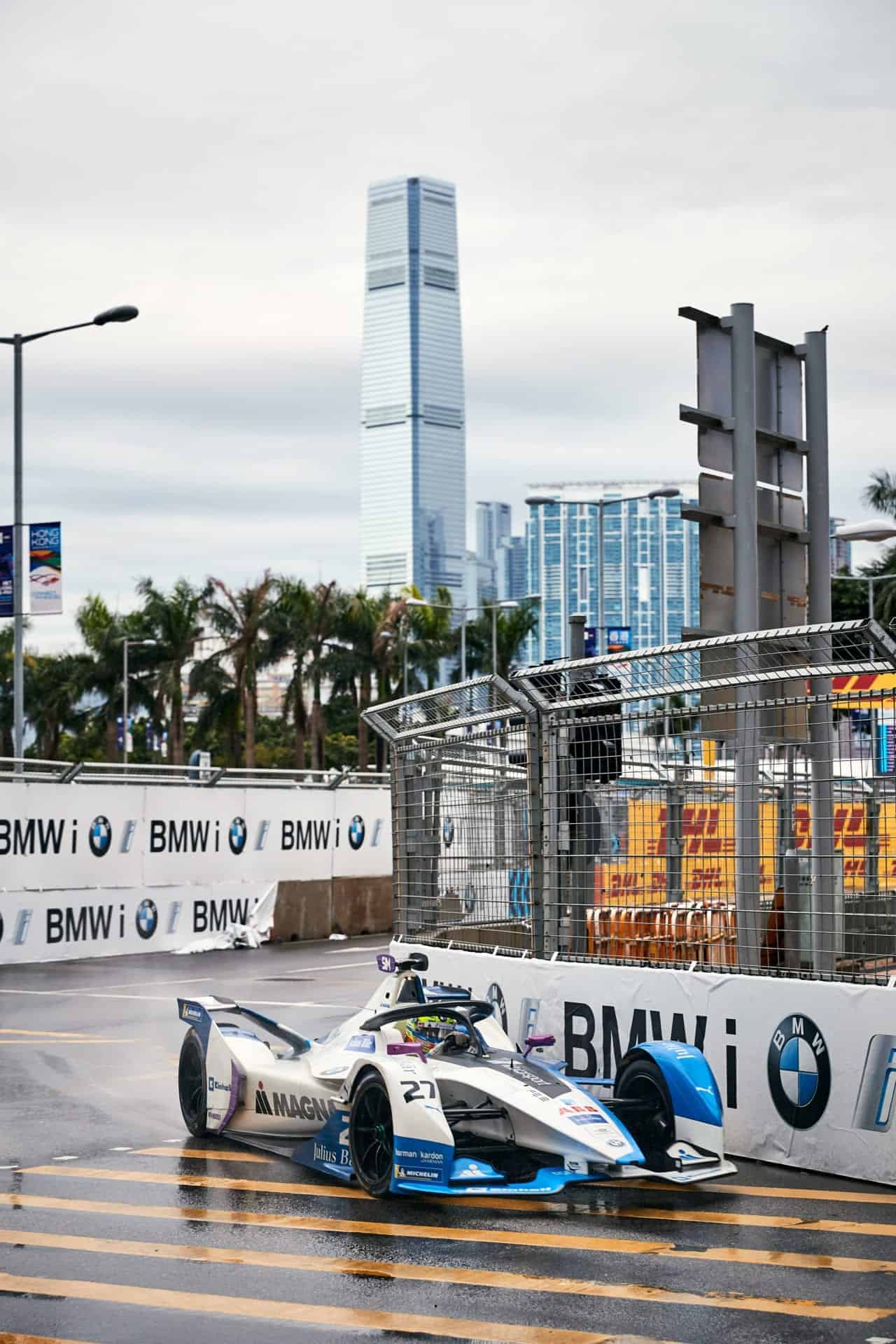 With the race resumed, Sims was running in 17th and was maintaining pace. However, as the clocked ticked down and 21 minutes remained, Sims struck the barriers coming out of Turn 5, causing damage that forced him to retire from the race.

“That was certainly an up and down day,” said Sims. “I had a fantastic opening lap: I was aggressive but considered, which paid off and I made up a good number of places, climbing from 13th to eighth. However, on the second lap I out-braked myself. With the track drying, I braked in the same place as during the wet, but it was a bit too late. I locked up and went straight on, missing the corner. I lost a lot of places and my race was over from that point really. As always, we try to take the positives from this and aim to come back faster and to have a clean weekend at the next race in Sanya.”

Sims will make a return to endurance racing next weekend, competing behind the wheel of the BMW M8 GTE in the 1000 Miles of Sebring. Starting on 15 March 2019, he’ll contest the one-off FIA World Endurance Championship race with BMW Team MTEK and drivers Martin Tomczyk and Nicky Catsburg at Sebring International Raceway, Florida.

The following weekend, he’ll return to his all-electric single seater for the next round of the ABB FIA Formula E Championship race in Sanya, China, on 23 March 2019.