Alexander Sims fell foul of a racing incident during the ABB FIA Formula E Championship Paris E-Prix on 27 April 2019, bringing a premature end to the BMW i Andretti Motorsport driver’s race. Around the tight, twisty temporary race track in the centre of Paris, Sims was collected by Oliver Rowland, who hit the rear right-hand side of Sims’ iFE.18 race car, sending him into the wall and causing race-ending damage.

Conditions in Paris proved treacherous for much of the Formula E field. A cold and wet practice session resulted in several drivers sustaining damage on the narrow, low-grip circuit. Qualifying brought a new set of challenges as the increasing wind had blown debris and pollen from the trees surrounding the circuit onto the track, making the surface extremely slippery. In these sub-optimal conditions, Sims set a fastest lap time of 1:01.037, putting him 18th on the timing sheets. With penalties for the two Mahindra Racing drivers ahead, this was improved to a 16th-place starting position.

Despite sunshine during the grid formation, the cold challenging conditions of the track meant the race began behind the BMW i8 Coupé Safety Car. Sims made a clean start and began putting pressure on Alex Lynn up ahead, with his position improving to 15th when race leader Oliver Rowland hit a barrier and dropped down the field. 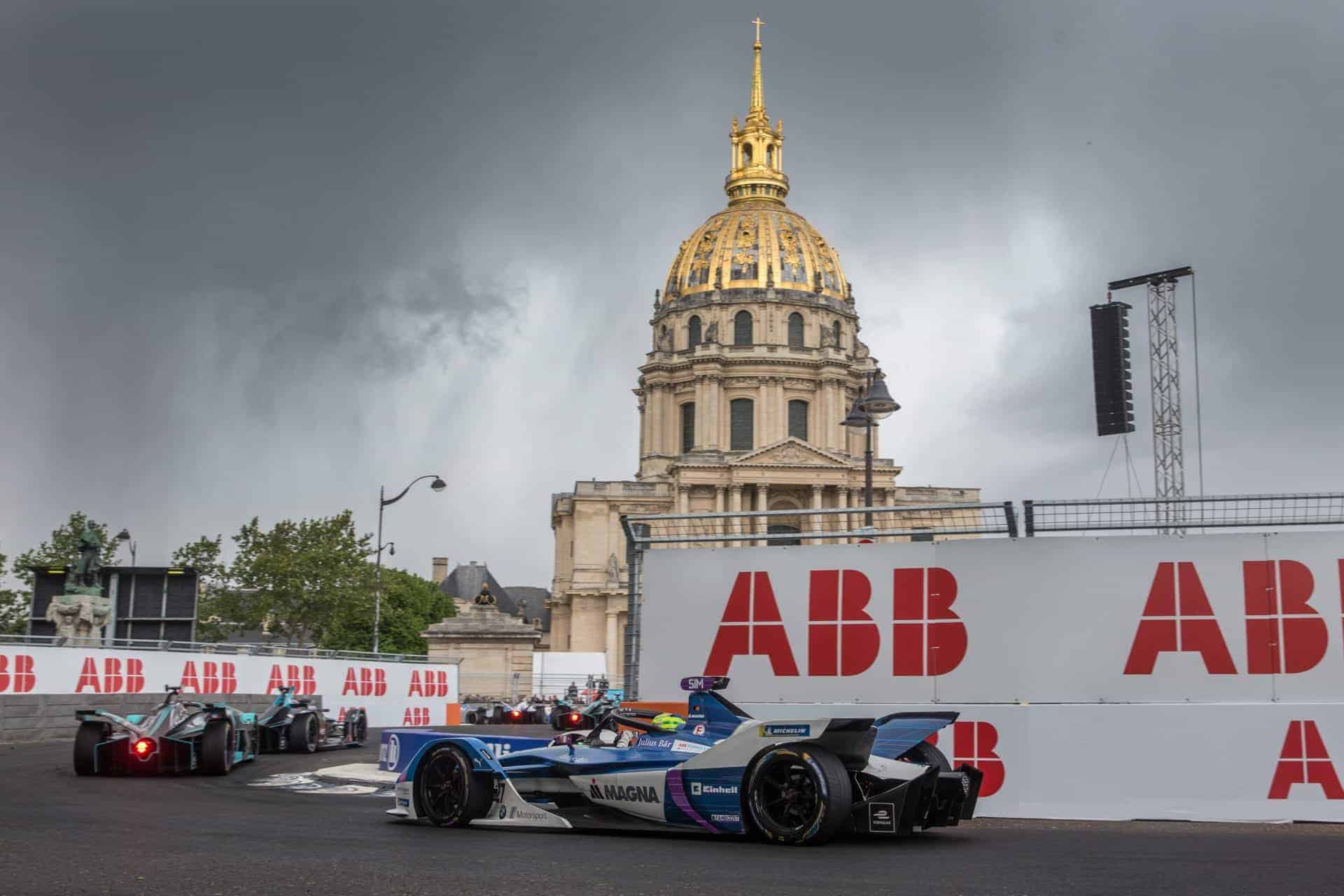 Sims was having a steady race when – with 30 minutes left on the clock – heavy rain and then hail began to fall, resulting in full course yellow flags being issued. Racing soon resumed, with Sims running in 15th. Then, as the field headed through Turn 3, Rowland locked up under braking and hit the rear of Sims’ car, propelling him into the wall. Although himself unhurt, Sims’ car suffered significant damage and he was forced to retire from the race.

Sims commented: “Unfortunately, it was a disappointing race for me in Paris. Conditions were pretty tricky for everyone and visibility was poor. With it being a temporary circuit, there is road rather than race tarmac, which is extremely slippery in the wet and I was tip-toeing round in places.

“I’d planned on driving a clean race through to the end, getting more laps under my belt and leaving Paris with a good result. Sadly, that didn’t work out. In Turn 3, Oliver [Rowland] hit me pretty hard. He’d locked up whilst trying to overtake another car; it was just an honest mistake. I guess I helped stop him from hitting the wall! Of course, it’s a shame to end the race like that, but it was out of my control so I can’t dwell on it too much. Now, we’re looking ahead to Monaco, improving our pace and getting a sensible result there.”

The next round of the ABB FIA Formula E Championship takes place on 11 May around the streets of Monaco.