Alexander Sims and his Schubert Motorsport team-mates finished sixth at the world-famous and notoriously challenging ADAC TOTAL 24h-Rennen at the Nürburgring, Germany, held on 5-6 June 2021. The driving quartet of Jesse Krohn, Jens Klingmann, Stef Dusseldorp and Sims contended with terrible weather conditions and were fighting for a podium finish in the #20 BMW M6 GT3, but an ill-timed yellow flag meant they were forced to settle for sixth across the finish line. 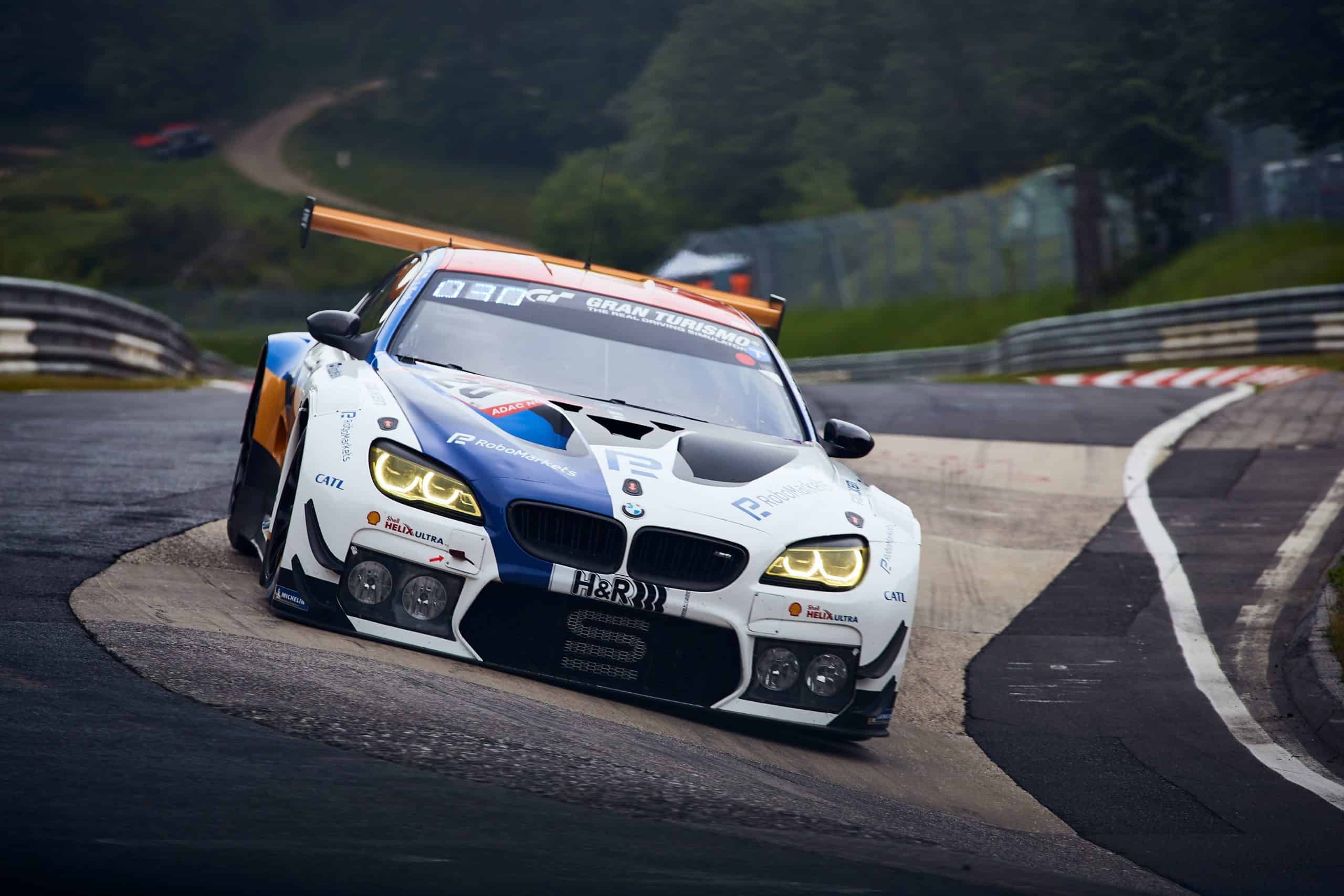 During Friday’s Top Qualifying session and in soaking wet conditions, Sims’ team-mate Krohn achieved a fastest lap time of 10:06.738 around the 25km combined Nordschleife and Grand Prix circuits to secure a fourth-place start on the grid for the #20 BMW M6 GT3.

Klingmann started the race, which began under dry conditions. However, the Eifel region’s unpredictable weather soon provided additional challenges, with monsoon-like rain falling on half of the track during the first hour, forcing a pit-stop for wet tyres.

The rain continued for the first couple of hours of the race, but the worst of the weather was still to come. After strong stints from Klingmann, Krohn and Sims, the #20 was running in third place with Sims at the wheel. However, six hours in, the race was red flagged due to heavy fog. Sims, who won the 2020 edition of the event with Rowe Racing, faced a similar situation last year when the race was red flagged overnight due to torrential rain. Due to resume at 07:00 CEST on Sunday, the race restart was further delayed until 10:40 CEST to ensure the fog had sufficiently cleared. 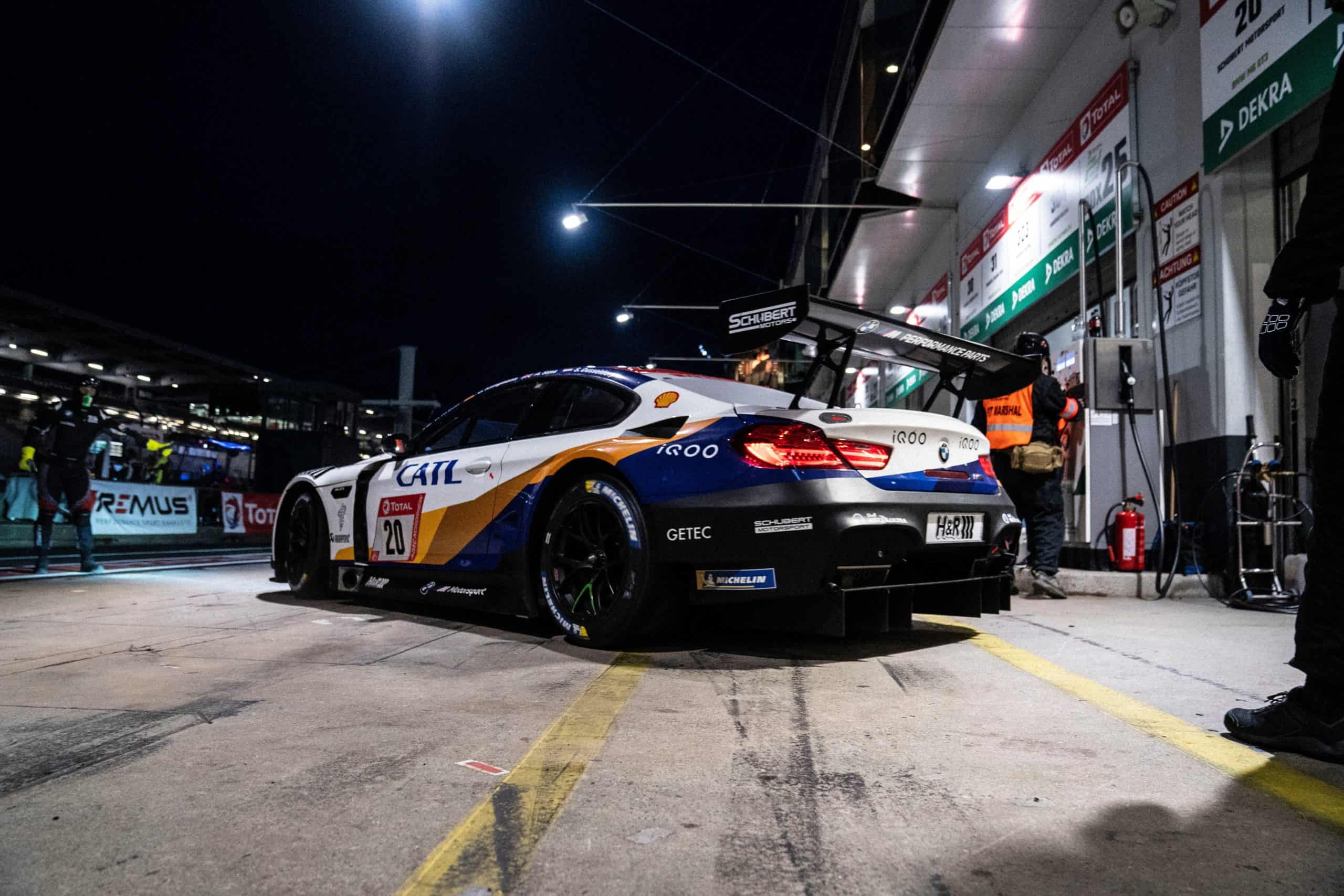 After the lengthy red flag stoppage, just four hours of racing remained. Dusseldorp took to the wheel of the #20 BMW M6 GT3 for the restart to ensure that all the drivers had done at least the minimum number of laps to meet the sporting regulations. He put in a strong and consistent stint, running in amongst the leading pack, before handing over fourth place to Krohn for the final stint.

As the race neared its end, Krohn was fighting for third place when a Code 60 forced him to slow. However, the Code 60 was issued for an extremely brief period and the section of track went green again before fifth-placed Marciello Raffaele in the #7 Mercedes-AMG Team GetSpeed came charging through. Krohn wasn’t able to accelerate fast enough and was passed by Raffaele and the ensuing #44 Falken Motorsport Porsche and the Audi Sport Team’s #2 Audi R8.

After just 59 laps of racing – making it the shortest Nürburgring 24 Hours race in history – Krohn crossed the finish line sixth in the #20 Schubert Motorsport BMW M6 GT3, less than a minute behind the race-winning Manthey-Racing Porsche. 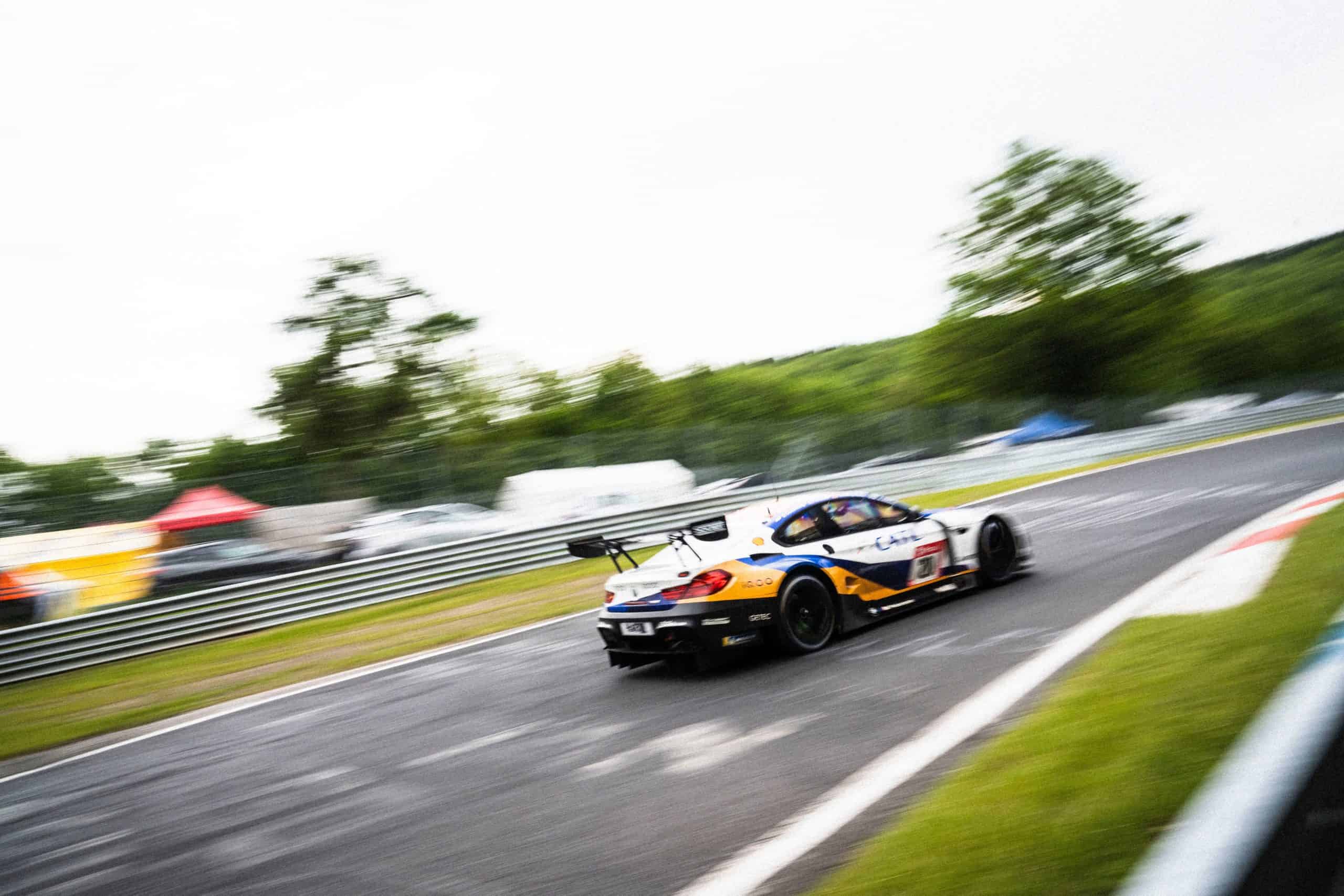 “The Nürburgring 24 Hours is always a spectacular but unpredictable race. Finishing such a tough event is always positive, but falling out of podium contention right at the end was pretty bitter for the team,” said Sims. “Jesse was doing a great job and we were looking good for jumping into third place. It seemed like it was just him that got the Code 60 and that he was still accelerating back to race speed when Marciello came roaring through without having had to slow at all.

“The final result was a real shame considering we were in fourth and fighting for third in the closing laps. But still, it was a fantastic effort from the whole team and proud of what we were able to achieve. We made very few mistakes and the car was running really well and in good shape.”

Sims’ next race events are Rounds 8 and 9 of the all-electric ABB FIA Formula E World Championship, which take place in Puebla, Mexico, on 19-20 June 2021.