Bad luck pursued Alexander Sims to Rome, with the BMW i Andretti Motorsport driver finishing 17th in Round 7 of the 2018/19 ABB FIA Formula E Championship following an issue in qualifying. The Warwickshire-based driver utilised the race to further improve his driving efficiency as he looks for more positive results in Paris.

Changeable conditions welcomed the Formula E series to Rome. On track, Sims was P16 in Free Practice 1 and improved this to eighth in the second session as he guided his #27 BMW iFE.18 race car around the 21-turn, 2.84km city circuit. In Qualifying, Sims’ car suffered an electrical issue during his flying lap after going over the jump in the track on the approach to Turn 9. He was forced to retire from the session without setting a representative lap time, meaning he had to accept a place at the back of the grid. The powertrain on Sims’ car had to be changed, which would incur a further ten-second stop-and-go penalty.

Despite this, Sims made a fantastic start to the race, jumping four places by the time he was through the first hairpin. Just as the race got underway, a multi-car incident up ahead caused a red flag and race suspension, allowing for some bodywork repairs following a slight clip of the wall. The race resumed with 42 minutes on the clock and Sims completed a total of 29 valuable laps under race conditions, finishing the race 17th. 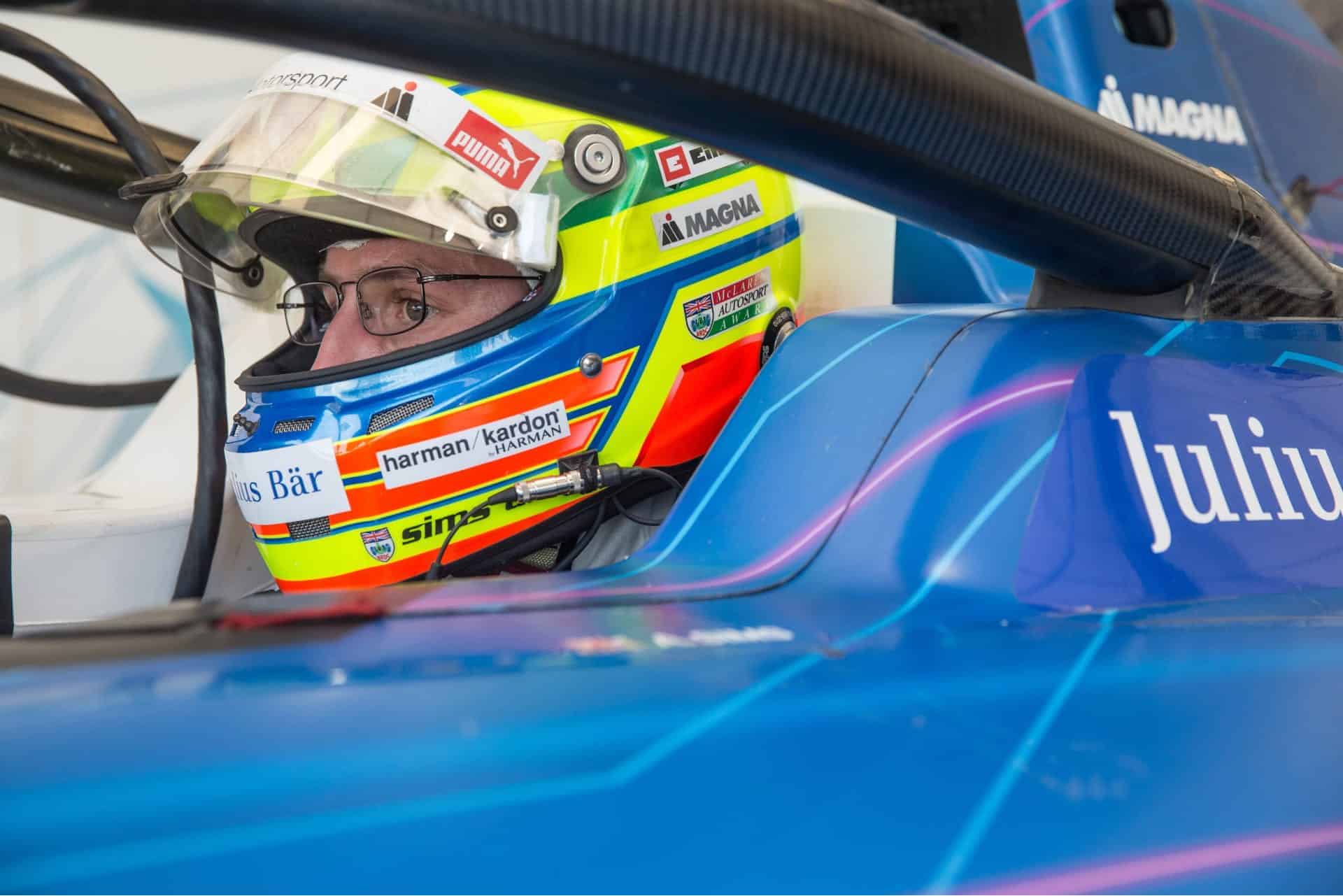 “It was a difficult day in Rome. Practice went well; I explored the limits of the car and track as usual and I adapted well to the circuit. I felt that my lap time could be further improved, and I was optimistic for qualifying, hoping to get into the top ten,” said Sims.

“Unfortunately, we had an electrical issue going over the bump in the run up to Turn 9. From this point, we knew the result from the back of the field wasn’t going to be great, so we put the focus on fine tuning my driving efficiency under race conditions, which is very different to when you’re pushing for a good starting position in qualifying. Formula E is so unpredictable, and I feel that we made the most of the situation, learned a lot and I’m confident that we have good pace to move forward. I’ll be striving for a problem-free race in Paris.”

The ABB FIA Formula E Championship continues its European leg with the next race taking place in Paris, France, on 27 April 2019.