Alexander Sims secured his first podium finish of Season 7 – and his first for Mahindra Racing – with a second-place finish in the ABB FIA Formula E World Championship Rome E-Prix on 11 April 2021.

Announced as a double-header event two weeks ago, the Italian races took place on a newly configured city-centre circuit that resulted in highly-competitive, action-packed racing. Sims’ point-scoring finish came in Sunday’s Round 4, marking an outstanding comeback after he was forced to retire from Saturday’s race. 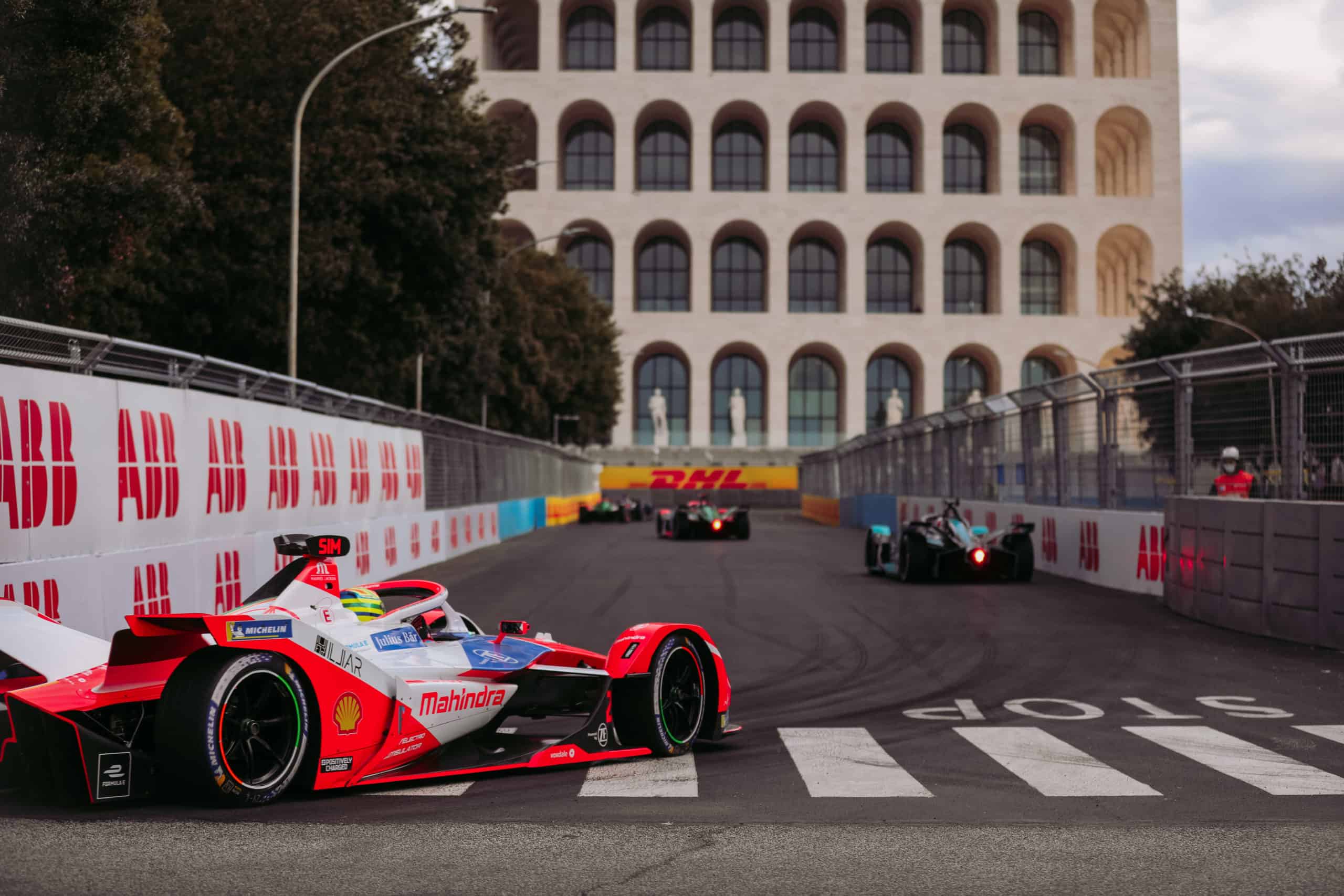 In the lead up to Round 3, red flags disrupted both practice sessions and the incidents continued into qualifying. Sims set his fastest lap of 1m39.829s to claim 15th on the grid. However, his race had barely got underway before he was forced to retire after being hit from behind, causing damage to the M7Electro. It was an incident-filled race that saw a third of the field retire.

However, Sunday’s action told a different story. A wet track during qualifying added another layer of complexity to the challenging circuit, but Sims showed pace and prowess to advance through group qualifying to Super Pole, where he set the sixth fastest time overall. 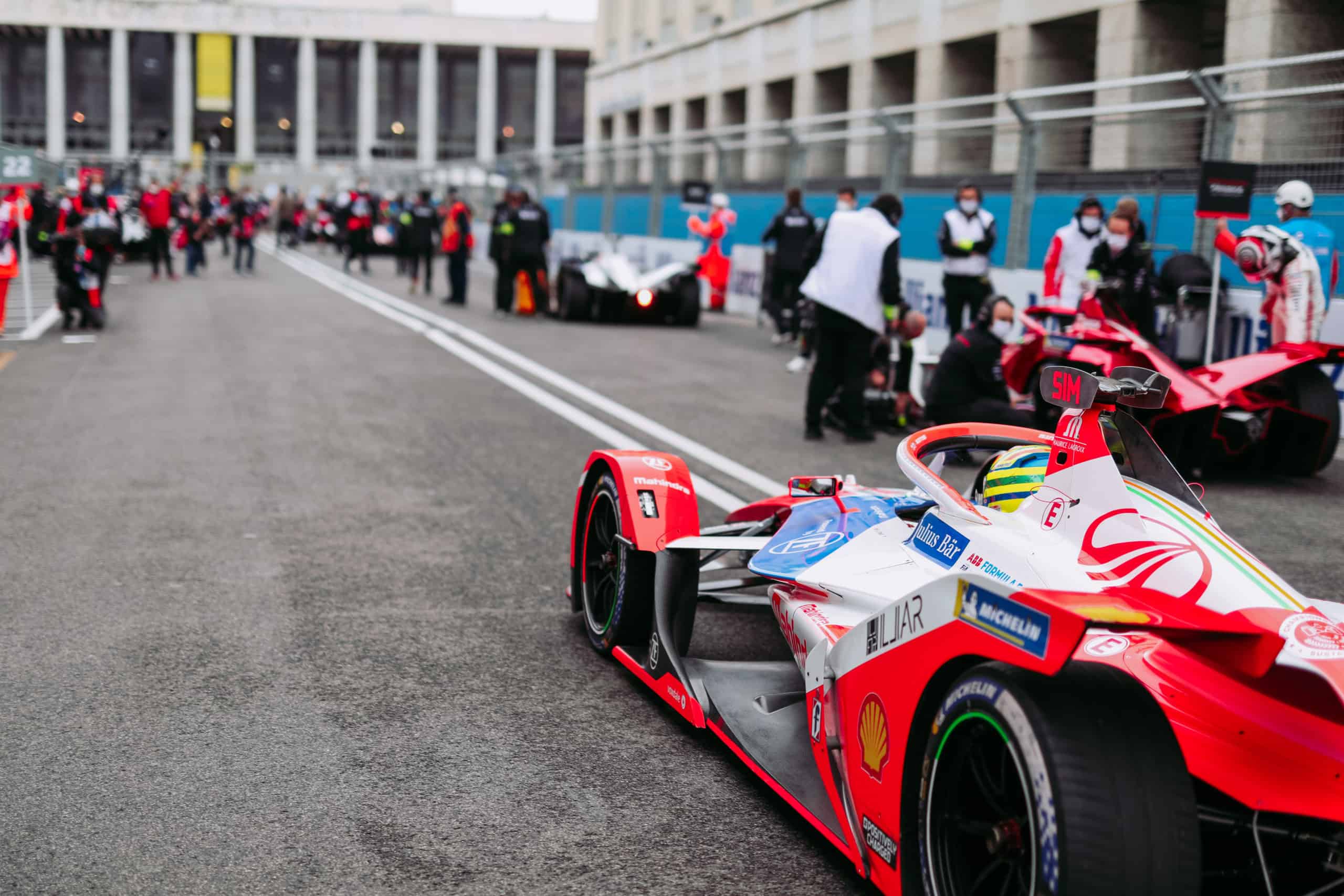 The race started under safety car conditions due to a damp track, and Sims was quickly promoted to fifth when pole-sitter and race leader Nick Cassidy spun on the opening lap. As drivers ahead took their first Attack Mode, Sims jumped two places and was running in third by lap seven. A full course yellow followed and at the restart Sims made a point-perfect move around Pascal Wehrlein to take second place.

Sims charged on, gaining ground on race leader Stoffel Vandoorne, but in the closing laps the safety car came out while a stranded René Rast was recovered. This resulted in a last-lap dash for the finish line. Sims held position to cross the line second and claim his first podium of the season and best result to date for Banbury-based team Mahindra Racing. 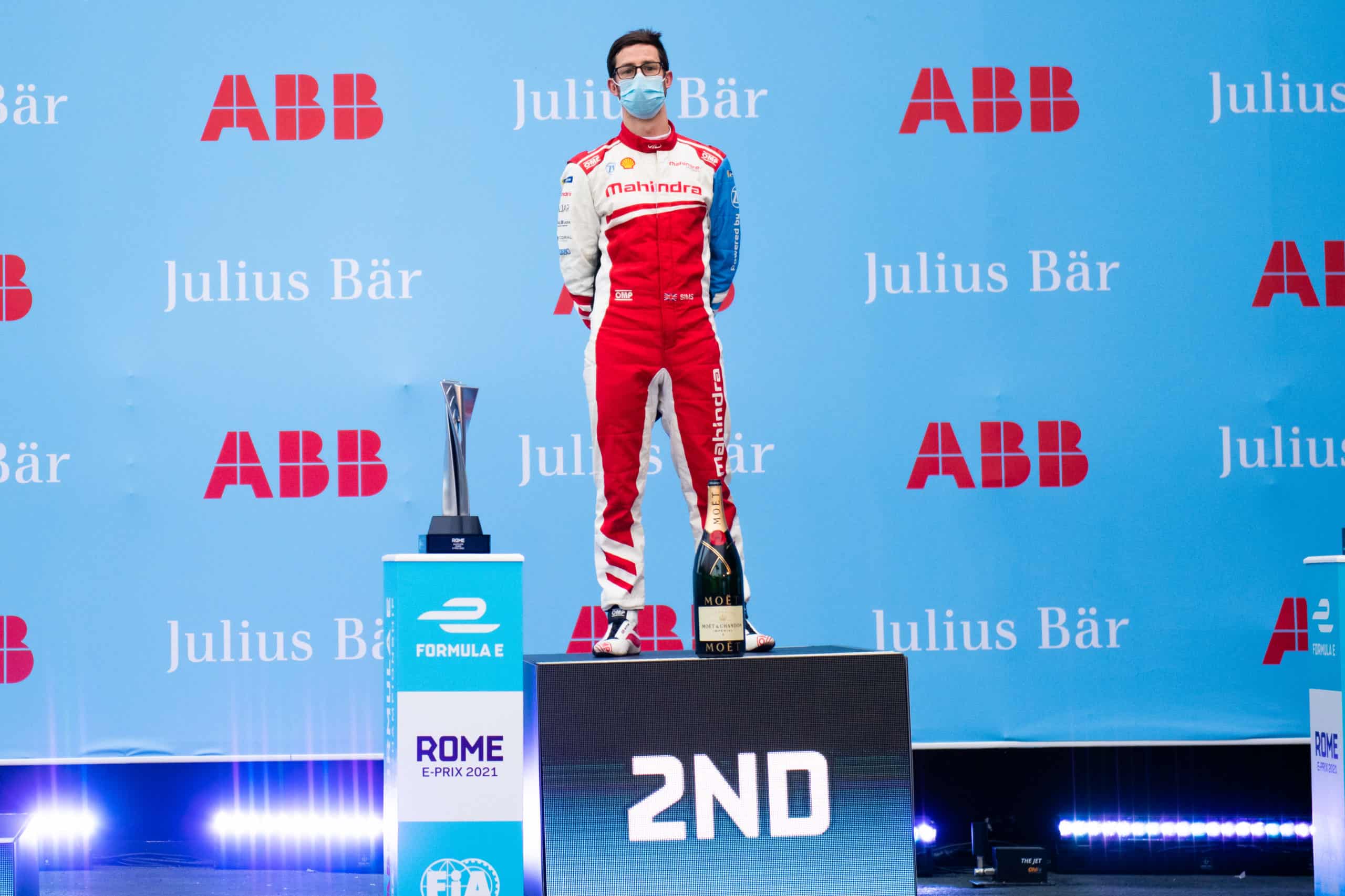 Sims secured 18 points from the Rome double-header, increasing his points tally to 24 and putting him ninth in the drivers’ standings. Mahindra Racing is currently seventh in the teams’ standings on 28 points.

“I’m pretty happy with the result today!” exclaimed Sims. “The weekend was really split into two halves. Saturday it was pretty difficult in general; it felt like we could have got something from the race but, by being taken out on lap one, it was over before it had begun. But Sunday we did good work in practice and the car was brilliant in group qualifying. We know the car this season is strong in the race and very efficient, and we were able to put that to good use. We had genuinely good pace, there was an exciting overtake on Pascal [Wehrlein] on the full course yellow restart and, after that, it was just ticking the laps down. It’s nice for the whole of Mahindra and I’m happy to get my first podium with the team.” 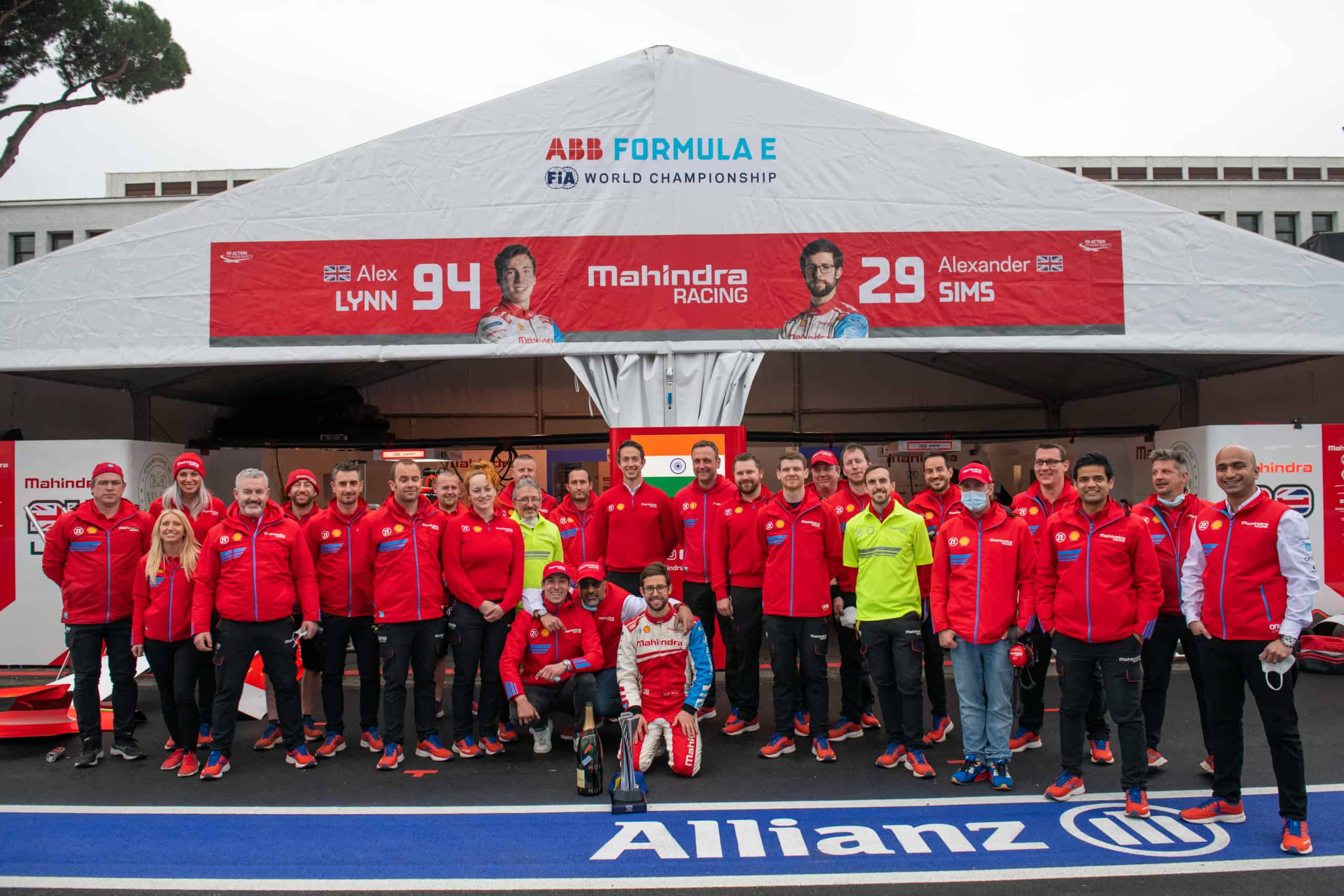 Dilbagh Gill, Mahindra Racing’s CEO and Team Principal, added: “I am absolutely thrilled to return to the podium – it had been too long coming since our last visit, but we don’t plan on it being so long until the next one! We’re delighted that our new car, the M7Electro, with our new ZF powertrain, is proving competitive on track. We can already see that the incredibly hard work we have done on where needed to improve from the last couple of seasons is paying dividends. I am so happy for Alexander Sims and it’s a wonderful start to the season for him in only his second race weekend for us.”

The next event in the 2020/21 ABB FIA Formula E World Championship takes place in Valencia, Spain, with another double-header on 24-25 April 2021.